Of the approximately 12 million Americans who use payday loans every year, only a meager 14% can repay them. Payday loans are often prevalent among low-income households and minority communities where financial literacy is lacking.

Aside from low-income, often less than $30,000, other risk factors contributing to a low percentage of people capable of repaying loans are age, marital status, ethnicity, financial confidence, and financial literacy. Millennials and Gen-X individuals are at higher risk of defaulting on loan repayment due to financial pressure and low financial education.

Why Are People Unable to Repay Payday Loans?

The average annual percentage interest rate (APR) for payday loans is around 400%. Most importantly, financial literacy and low income appear to be two of the prominent reasons people cannot repay payday loans. Payday loans are short-term loans that are advertised to cater to unexpected paychecks between payments.

However, 7 in 10 payday loan borrowers depend on them to pay off their recurrent bills like rents, electricity bills, etc. So, when they can’t repay the loan on time, this leaves them in the endless debt cycle. Here are some of the reasons why people are unable to repay loans.

Many people seeking a payday loan are in a low-income group with an annual salary of less than $30,000. As a result, even before needing to repay a loan, they struggle to meet their monthly costs.

Payday loan customers usually have bad credit, making it difficult to obtain loans from regular lenders. Their terrible credit means they won’t be able to stick to a repayment schedule.

Paying Off Other Loans

Payday Loan Users Are in Debt

The average payday borrower is in debt for five months out of the year due to repeated borrowing or the fact that they are already in debt when they apply for a loan.

The average payday loan borrower is short on cash in general, with 58% of borrowers failing to fulfill their monthly obligations. A low-income, jobless, or deeply indebted individual is the usual profile.

Because of their high-risk profile, many payday loan customers cannot obtain loans from traditional financial institutions and banks. As a result, one of the hazards that lenders face when offering payday loans is that borrowers will default on their payments.

Payday Loans are Unaffordable for Most Borrowers

Payday loans are expensive for many people by their very nature. The average payday loan has a payback amount of $430, which is around 36% of a typical borrower’s monthly income. In reality, according to data, the majority of borrowers can only manage to return 5% of their wages to fund their basic costs.

Payday loans have an average annual percentage interest rate (APR) of roughly 400%. A credit card’s “high” APR, on the other hand, is about 30%. Because of the high-risk nature of these loans, these lenders demand a far higher interest rate than typical lenders. Lenders are not required to charge at a competitive rate; instead, they can set the maximum rate allowed by state law.

How Many People Are Relying on Payday Loans?

It is estimated that about 12 million Americans take out a loan every year. A majority at least 75% of these payday loan users are repeat borrowers. They rely on payday loans to pay back other loans. Aside from repaying other loans, people also rely on advancement loans to cover everyday living expenses rather than solve significant financial challenges.

Why Do So Many People Rely on Payday Loans?

Short-term loans are easily accessible to people with poor or bad credit scores, low-income earners, and those who do not have access to a traditional financial institution. In addition, people who default on one form of credit or another seek payday loans to sort out their urgent financial needs.

The loss of job, unemployment, a divorce, and single parenthood predispose people to seek high-interest, payday loans. But, on the contrary, individuals from families of generational wealth and high parental income tend to be less likely to rely on payday lending.

Who is Using Payday Loans?

Moreover, minority communities tend to take out loans more than those well-represented and with better living standards. For example, renters are more than two times more likely to seek loans than homeowners.

What Happens When Borrowers Cannot Repay?

Lenders charge an extra fee when borrowers cannot repay the loan in the agreed period. This additional fee is added as part of re-borrowing or rolling over the debt.

When borrowers default on their repayment, they borrow more, which puts them with more financial burden and in a cyclic debt profile. Therefore, the earlier a loan is repaid, the better for the borrower. Planning, increasing household incomes, saving, and budgeting are simple ways to repay a loan. 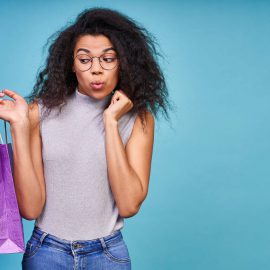 5 Things to Avoid to Save Money 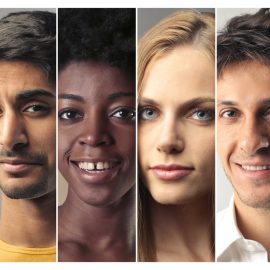 Who is Using Payday Loans In The USA? 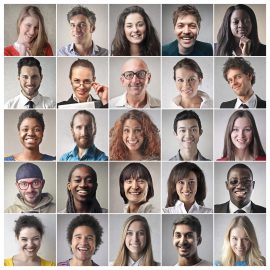 What Does The Typical Payday Borrower Look Like In The United States?