What is Predatory Lending?

Predatory lending is a borrower’s worst nightmare. It happens when the borrower secures a loan characterized by abusive and fraudulent terms that favor only the lender. For example, a predatory lender gives you an instant loan with easy terms and yet turns around to take it back with conditions that undermine your ability to pay back on time.

Ordinarily, you’ll avoid predatory lenders, but they always seem to have a way of finding you when you need fast cash. They know that traditional lenders cannot help because you have a poor credit history or a low credit score. Yet, you need the money, so the predatory lenders come in with an offer to ‘help.’

They entice you with loans that have easy-to-meet requirements. Your loan application also won’t take long to be approved, and you can collect any amount you request. You can secure the loan with either your car or your house. From here onwards, it’s a slippery slope.

You’ll spend the next several weeks paying back a loan that seems only to grow by the day. The bill keeps coming in even though you strive to meet your monthly commitment to pay it back. Slowly, the message becomes clear: you’ve fallen prey to predatory lending.

If you are ready to protect yourself from predatory lenders, read on. This article is for you.

What Are the Signs of Predatory Lending?

There’s no full consensus on what counts as predatory lending. However, you can identify predatory loans by these features:

When you see a lender that offers to settle your previous debt, mend your poor credit, or give you a great loan package despite your low credit score, run. Such offers often feel too good to be true, and that’s usually because they aren’t.

The tradeoff for these offers is high upfront fees, hidden costs, and cut-throat interest that will keep you in debt for a long time. Understand every aspect of the offer, including the worst-case scenario, before you sign anything.

Predatory lenders charge beyond the average annual percentage rate (APR). A report by The Wall Street Journal shows that these lenders offer triple-digit interest to borrowers in desperate conditions, and these rates are often hidden or downplayed. However, it doesn’t make it any less palpable.

A traditional lender will give you a loan based on your credit history or income level. Still, predatory lenders focus on your assets – like your home or car – to determine your creditworthiness. It is a risky way of lending. If you default on the repayment, the predatory lender will strip you of either property and leave you empty handed.

In the United States, a payday loan is frequently referred to as predatory lending because of the risks it might bring to the borrower, which include the following:

Payday loans have the potential to have extremely high-interest rates. The typical interest rate on a payday loan is about 400%. This may be exorbitantly high in jurisdictions without interest rate caps: the average APR in Nevada, for example, is 652%. In Missouri, an APR of up to 1,950% for a $100 loan with a 14-day repayment period would be permissible.

Before making a loan, some payday lenders do not assess a borrower’s capacity to repay. As a result, borrowers will take out loans they are unable to repay. This is likely to result in a debt cycle with excessive fees that will harm their financial status. Unmanageable debt can also leave a mark on a person’s credit history, making it more difficult for them to get credit in the future.

Payday loans may include hidden terms that bill borrowers additional fees. Rollover costs, late fees, and other costs for loading money onto a prepaid credit card are examples of these.

Who Do Predatory Lenders Target?

Predatory lenders frequently target specific individuals. To attract unwary victims, they will employ internet advertising, social media, and other targeted promotions. Lenders frequently target minorities, the elderly, the less educated, and the impoverished. They also prey on those who want fast cash for various reasons, such as medical expenses, house repairs, and auto payments. These lenders likewise target borrowers with credit issues or those who have just lost their employment.

What Are Examples of Predatory Lending?

Although payday loans play a significant role in people with cash problems, financial experts refer to them as predatory lending because of the negative effect on borrowers.

Payday loans have high interest rates soaring above 400%. In extreme cases, the interest rate could be as high as 1,950% for a loan of $100 (to be paid in two weeks). Such interest rates become detrimental to borrowers’ financial situation. They end up being unable to manage their debts. When this happens, their credit scores become impacted.

Furthermore, they may also have hidden prerequisites that involve charging borrowers extra fees. These can include added charges for late repayment or rollovers.

Balloon mortgages are short-term loans (usually 5 to 7 years) given to people who expect to stay in their homes for only a short period of time. These are considered predatory lending because of the risk and interest rates involved.

A balloon mortgage has an initial period of low or no monthly payments, but in the end, the borrower needs to pay off the entire balance of the home in a lump sum. It may be interest-only or with a relatively low interest rate; they may also have varying terms and maturities or variable interest rates.

Predatory lending can be hazardous, but education can help borrowers make the right choice when it comes to borrowers stuck in a cycle of debt due to super-high interest rates and fees. If you are wondering what to do, go over our guide on “Is a payday loan right for me?”

What is Predatory Lending? 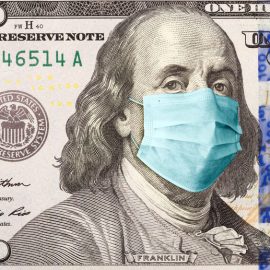 How to Spend Money Wisely During the Coronavirus 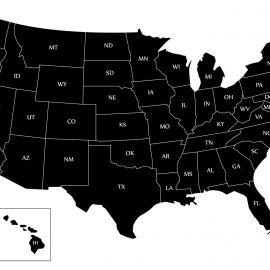 In Which States Are Payday Loans Legal? 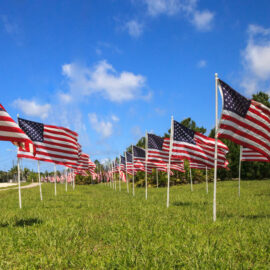