As of 2017, a study reported that there are an estimated 14,348 payday loan shops (slightly higher than the number of McDonald’s locations) in the United States. The distribution varies from urban to suburban, exurban, and rural areas.

Payday loans have become notorious for their high fees and debt traps, even though they are quicker to get than personal loans. However, it’s not difficult to get a payday loan. All the borrower has to do is present proof of work and a previous paycheck record. A borrower who takes out a $375 payday loan is expected to repay $520 in two to four weeks, resulting in a 390% interest rate.

Sadly, payday loan customers are more concerned about getting a loan than the exorbitant interest rates that go along with them. For example, on a $375 payday loan, the borrower is expected to return $520 in two to four weeks, resulting in a 390% annual percentage rate (APR). Still, consumers don’t focus on the mechanics and how they will return the loan as much as they focus on getting the loan itself.

Contents hide
Payday Firms per Capita
Payday Loans in Cities
Payday Loan Statistics for the U.S.
Payday Loans Near Me
What is the Best Online Payday Loan?
Ask an expert

The ratio of payday firms varies from one state to another compared with the number of companies and people therein. New Mexico has the highest number of lenders, with a value of 41.78 payday lending companies per 100,000 people. South Dakota follows this with 40.01, Mississippi with 38.67, and then Alabama with 26.47.

The average rate across all 10 states is 564%, indicating that payday lender fees may be expensive for borrowers. This explains why, even though most jurisdictions prohibit usury by restricting interest rates to between 35% and 40%, payday lenders continue to look for loopholes in various laws that allow them to charge exorbitant rates. As a result, it is up to borrowers to remain wary of tempting payday deals.

Some states have already taken steps to safeguard their residents from the exorbitant interest rates charged by payday lenders by establishing payday loan limit rates and regulating the service provider’s activities. Others have gone so far as to outright outlaw payday lending.

Payday advances are typically targeted to low-income earners and those who live near military bases because they are unsecured loans. These folks need money but can’t get a personal loan since they don’t have any collateral. Researchers from California State University reveal that there are over 14,000 loan store shops. The highest number of payday lenders are from California with 2,451; followed by Texas with 1,675; while the least is found in Rhode Island with 5.

Payday Loan Statistics for the U.S.

Here are some facts about payday loans that are worth taking careful note of.

Payday Loans Near Me

If you live in any of the cities listed below, you can easily apply for a loan by visiting the nearest payday loan store or online loan. These states are Alabama, California, Colorado, Florida, Illinois, Indiana, Iowa, Kentucky, Los Angeles, Louisiana, Maryland, Mississippi, Ohio, Sacramento, San Diego, Tennessee, and Texas. You may fill out our online loan request form in less than 5 minutes, receive an instant decision, and have funds sent to you in as little as an hour. This is ideal for individuals who need cash quickly, whether for a vehicle breakdown, unforeseen household expenses, or other reasons.

What is the Best Online Payday Loan?

Payday loans are not one-size-fits-all. What works best for one individual might not be appropriate for another. To determine the best online payday loan, you’ll have to consider your details, including your present financial situation, credit score, the amount you want to borrow, and the loan period.

You need to fulfill the basic requirements: you need to have a stable monthly income of at least $800, be able to make repayments, be a legal U.S. citizen above 18 years of age, and have an active checking account that can receive funds.

When you’re in a bind and can’t see a way out, payday loans might help you get by. If you’re considering taking out a payday loan, there are a few things you should be aware of. We all want the assurance of knowing we’re making the best financial decision possible.

Do I Need A Guarantor To Get A Payday Loan? 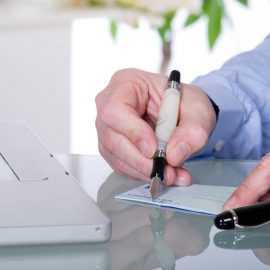 How Do Credit Checks Work for a Payday Loan? 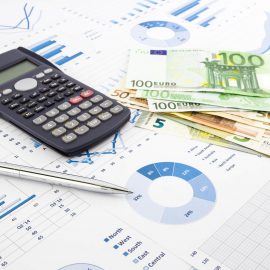 What are the Benefits of an Online Payday Loan?