Who is Using Payday Loans in The USA?

Payday loan usage has surged from the 2000s into the 2020s. Americans continue to get payday loans for essential and emergency expenses. To learn more, click here!

Payday lending has come a long way from its 19th-century salary lending roots. Payday lending is now evolving with new technology, making it more available and accessible. Well into the 2000s, payday loans developed into becoming the top small-loan alternatives.

Many Americans choose payday loans as their short-term small-loan alternative. Borrowers find it one of the easiest ways to access credit with minimal hassle. We have the profiles of typical payday borrowers so you can get to know them better.

These young and working-class Americans are struggling to get by. During cash emergencies, very few have funds to spare. They need help, but most do not have a stellar credit history because of outstanding debt. So, they turn to payday loans.

More than 50% of all payday borrowers are in this age bracket. They look to payday loans as their last line of defense when worst comes to worst. Payday loans, with no hard credit checks, provide the service they need with speed.

In most states where mortgage rates are high, the standard of living is also higher. Many Americans choose to rent instead to avoid the staggering mortgage debt.

Northwestern Mutual researched the average mortgage debt of American homeowners. This have revealed how many Americans have been discouraged from buying houses of their own.

Most payday loan borrowers are lower-income, working-class Americans. Low-income borrowers struggle to access credit. Very few pass the hard checks of the three primary credit bureaus, nor do they have collateral to bargain. Traditional banks and credit unions loans are a reach for these borrowers. Thus, during emergencies, payday loans are their top option.

Americans earning less than $40,000 per year are 62% more likely to get payday loans. Most of them look to payday loans for credit access they cannot get anywhere else. Banks have turned them away, or they have no collateral, no guarantor. All they have is their next paycheck, which they need for an immediate cash advance.

No college degree may mean no student loan debt, but it does not make things easier either. American adults with some college credits are 82% more likely to get payday loans.

Unemployment is not easy, nor does it make accessing credit easier. Essential living expenses continue to be a major challenge. Without a job, the pressure increases fast. Ten to fifteen percent of Americans get payday loans to fill in the gaps until they find another way.

Urban living can be more costly than in suburban and rural areas. Although closer to job opportunities, the standard of living in most cities is high. An average of seven percent (7%) of urban residents have used payday loans at least once in their lives.

The profiles of typical payday loan borrowers point to one central point – the underbanked working, lower-class Americans. These are Americans who banks pay little attention to because of low credit score and lack of collateral. Americans who live paycheck to paycheck, hanging by a thread every day.

Lower-class Americans often fall short of money during the last days before payday. They use payday loans to get by and survive a little longer. In this light, payday loans cater to the most vulnerable. Payday lending does not turn away people in dire situations, not even when they lack collateral or a guarantor. Payday loans provide what other financial institutions can’t: emergency financial security for all.

Payday lending is custom-fitted to the needs of lower-class Americans. It offers fast service for all, loans small enough to get by for a few days, and immediate access to cash. There are around 23,000 payday loan storefronts nationwide and more online. The application process is easy and convenient for people in need of instant cash.

Amanda is a senior financial copywriter at AdvanceSOS. Amanda has been writing about finance since 2015. She graduated with a Master’s in finance from the University of Oklahoma. As a result, she has a wealth of experience and knowledge to share with her readers.

Who is Using Payday Loans In The USA? 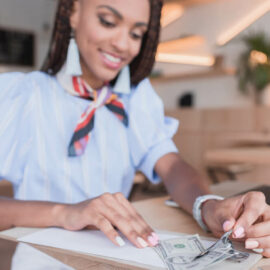 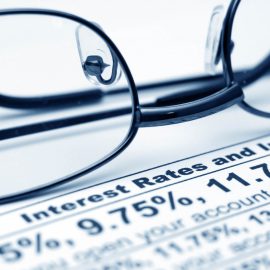 What Are The Interest Typical Rates For A Payday Loan? 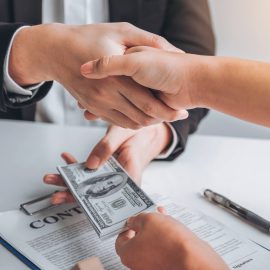 Can I Get a Guaranteed Payday Loan?