Why Are Young People Facing a Debt Crisis?

Today’s youth are facing more economic uncertainty than any other preceding generation. Wages are insufficient to pay required costs, and student debt is one of the major causes of financial stress. Young people have grown more interested in payday loans as a method to make ends meet before payday. A study by Charles Schwab shows that about two-thirds of young people in the U.S. live from paycheck to paycheck because of higher non-essential purchases, rising home costs, student loans, and credit card debt.

Further study by other researchers reveals student loans as the primary source of debt among young adults. Students resort to payday loans to meet their short-term financial needs. While payday loans are more pleasing to young people because of the fast turnaround time, financial experts say it is advisable to avoid them as a student because it keeps borrowers in the debt cycle.

Contents hide
Students Default on Loans
Can Students Use Payday Lending Services?
Why Do Payday Lenders Target Young People?
What’s the Outcome for Young People?
Can I Repay Student Debt with a Payday Loan?
Ask an expert

Who Are Those Suffering from a Debt Crisis?

Debt crises affect people of different ages and generations. Different human generations suffer from a debt crisis due to economic concerns, health care costs, and education costs, among others. An increase in health and education care costs result in more debt accumulation when there are limited finances to take care of these responsibilities. Many Generation Z members suffer from financial stress that arises from taking care of day-to-day living expenses despite being young and not yet old enough to be in college yet. They experience episodic anxiety as they worry about the future costs of higher education, food, rent, and transportation.

Northwestern Mutual carried out a study on the average personal debt experienced by three generations. Here are their results:

Why Are Young Americans Facing a Debt Crisis?

Most young Americans struggle to meet their financial needs due to student loans, credit card loans, less disposable capital, rising home costs, and a lack of financial literacy. The largest share of Generation Z’s debt profile is from student loans. The report by Northwestern Mutual shows that at least one-third of young adults have a student loan. Unexpectedly, young Americans who are college graduates have negative net wealth arising from student debt. Generation Y only has half the net wealth that a Baby Boomer had at the same age.

Making unhealthy decisions with money such as overspending, partying too much, and lavishing money on frivolities have contributed to the debt crisis. Millennials who have problems managing their incomes tend to incur more debts because they make 43% less than what Gen X did in the past. Although many young people have jobs, they are forced to take out loans to make ends meet. Young employees with a college degree and student debt earn the same income as workers who didn’t have a college degree in the past.

Going by statistics, a massive increase (about two times the initial value) in the amount of debt accumulated by young Americans occurred within one decade. Over nine million students in the U.S. default on loans borrowed, while the $830 billion in outstanding student debt of 2010 rose to $1.6 trillion in February 2020.

Can Students Use Payday Lending Services?

A wide range of options are available for you to tap into when financing your education as you journey through your course of study. Some of these finance options to support you during your studies include grants, bursaries, loans, and credit cards.

If you have an urgent financial need as a student and meet the requirements, you can apply for a payday loan. However, we discourage students from getting payday loans because it is a form of credit that is high-cost. It is best to consider this type of loan as the last resort when other viable methods tried have proven unsuccessful.

Payday lenders attract young people with many exciting offers by utilizing technology. Unlike older generations, young people witness a high rate of technology adoption, making them the target audience of payday lenders through mobile apps and websites. Many young people within the age bracket of 18 to 24 and 25 to 34 manage their finances from their phones with a reported regular use case of 48% and 35% respectively. With the use of ads, loan apps can easily capture their attention. These ads are present on common social media platforms like Facebook and Instagram, where youths spend most of their time.

What’s the Outcome for Young People?

Seeking payday loans puts the student at more financial risk and in a continuous cycle of debt accumulation. The higher financial burdens on young people bid them to rely on their parents or to sort out their bills, compounding the debt crisis witnessed. Your credit rating might be affected in the future if you default a payday loan repayment on time for reasons such as covering daily expenses. A bad credit rating might affect your chances of getting loans in the future.

Can I Repay Student Debt with a Payday Loan?

We discourage students from getting payday loans because of the interest rate attached. Consider applying for a payday loan only when you fully understand the associated terms and have an emergency need for extra cash. You will most likely accumulate a large amount of huge debt, which, if not paid, will leave a negative impact on your credit record as well as other penalties. In addition, it’s possible that you won’t be able to receive credit from typical cash service providers. Your lender may also choose to enforce wage garnishment, litigation, and debt collection. Because payday lending is a high-cost kind of credit, we do not recommend it to students.

Why Are Young People Facing a Debt Crisis? 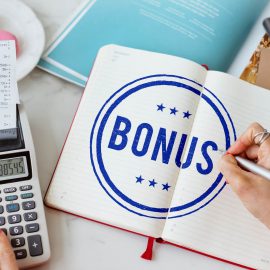 How to Make Extra Cash during the Pandemic 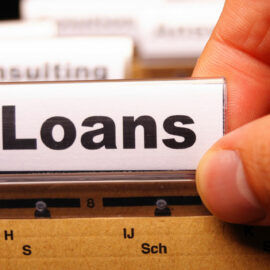 Are Payday Loans The Same As Installment And Revolving Loans? 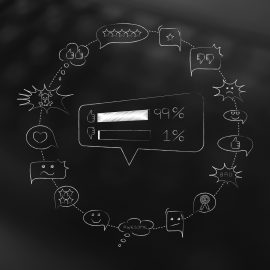 How to Compare Payday Loans?